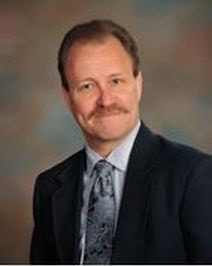 Thomas F. Koehler, O.D., was raised in Warren and graduated from Warren Lincoln High School. He pursued an applied biology degree from Ferris State University. Prior to baccalaureate completion, he was accepted to Ferris State Optometry College. In 1987, he graduated with honors, he was named senior clinician of the year, and he earned the contact lens study award. In 2009, Dr. Koehler was included in the "Guide to America's Top Optometrists."

Since becoming an optometrist, Dr. Koehler has practiced in an ophthalmological practice and in a commercial setting as a private contractor.

​The overall health and visual needs of his patients have been the backbone of his professional career and will continue to be his utmost concern.
​Dr. Koehler has built a reputation as a contact lens consultant by fitting keratoconic, multifocal, and astigmatic patients who have had difficulties in the past. His diagnostic skills have led to many referrals to cataract, corneal, Lasik, oculoplastic, glaucoma, and retinal specialists.

​Dr. Koehler's patience and knowledge have led to many patients seeking his care and following him in his career path.

In April of 2010, Dr. Koehler formed a partnership with Dr. Blazius of Normandy Optical, and together they will strive to make both the visual health and satisfaction of their patients their first priority.